Where Are the Billionaires?

How many billionaires are there today in the United States? While there is no definitive count, most estimates put the number at no more than 1,000.

Whatever the precise number, given the power of compounding, there should be many times that number of billionaires in this country today.

Assuming a 10% annualized rate of return in the stock market over the last 100 years, a family would have needed to invest $72,000 in 1922 and then simply have left it alone to have around $1 billion in 2022. We have no idea how many families had that much to invest in the stock market back in 1922, but whatever the number, I’m guessing it was much larger than 1,000.

So, what happened to the rest of those could-have-been billionaires?

We’ll try and answer that shortly, but first…

Author Michael Mauboussin relates the following story in his book, “More than you know: Finding Financial Wisdom in Unconventional Places”.

In the late 1800s rangers at Yellowstone National Park brought in the U.S. calvary to try to improve the game population by hand-feeding elk. The elk population swelled, and the elk started eating aspen trees. Aspen trees are what the beavers were using to build their dams which caught the snowmelt runoff in the spring, which allowed trout to spawn. More elk equaled less trout. That one choice, feeding the elk, led to a series of cascading, completely unanticipated events.

Such cascading events are the result of what scientists call a Complex Adaptive System and actually happen quite frequently.  In a complex adaptive system, understanding each individual component doesn’t mean we understand the results of the system as a whole. A system’s results are often greater than the sum of its parts because it is comprised of independent and diverse agents interacting with each other in ways that make predictions difficult or impossible. 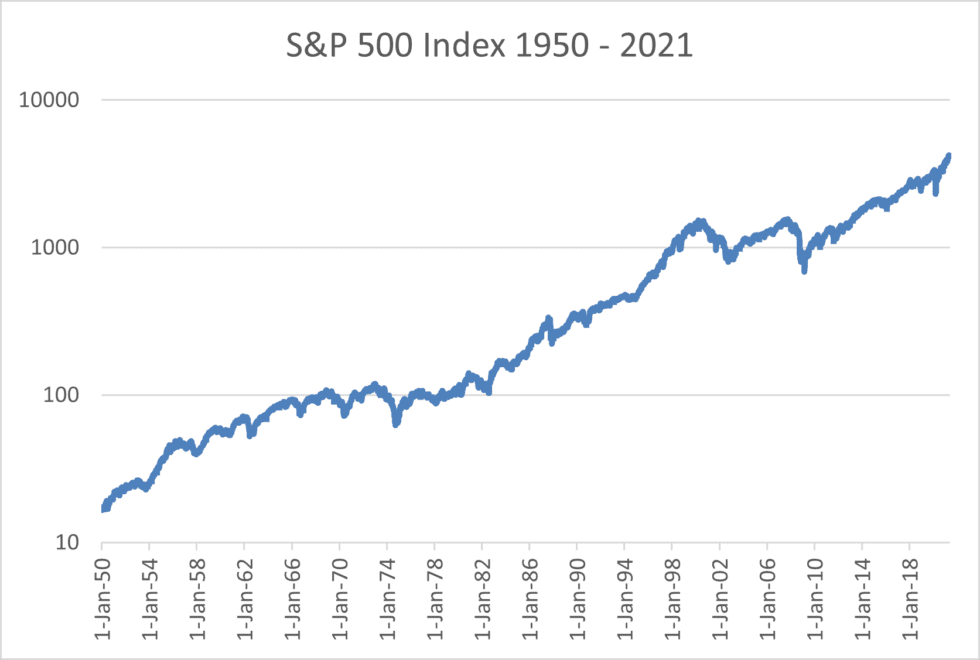 While realizing a successful investment outcome such as the above is simple in theory, in practice it’s anything but. Our instincts and behavior work to subvert us at every turn.  We are impatient and impulsive. Paying attention to the daily news and listening to friends and pundits opine often leads us to create a mental reality of future events that reflects our biases. We see what we want to see. We don’t realize that in the complex adaptive system that is the market, future events are no more predictable than trout populations changing as elk are fed.

Imagine if you had been told at the beginning of 2020, that there would be a highly contagious global viral pandemic that was fatal to thousands, and had no cure. Because of that, measures would be taken that would effectively shut down the world economy. Wide sectors of the economy such as hospitality and travel would be devastated as would large segments of traditional retail activity.

Considering all of the above, who would have predicted that the S&P 500 stock index would deliver a total return of 18.4%(!)?

Hopefully, this illustrates the futility of guessing future outcomes even when you know what major events will occur.

So, back to our original question, why aren’t there more billionaires?

The reason has nothing to do with recessions, depressions, wars, financial crises, political crises, rising interest rates, inflation, stagflation, a global pandemic, or most adverse macroeconomic events. The stock market’s return over the past 100 years includes all of these terrible things. Yet, left untouched stock market still would have grown $1 (invested in the S&P 500) to $13,800 in 2022!

It is not adverse macro events that derail compounding; it’s how we react to them that subverts our success. 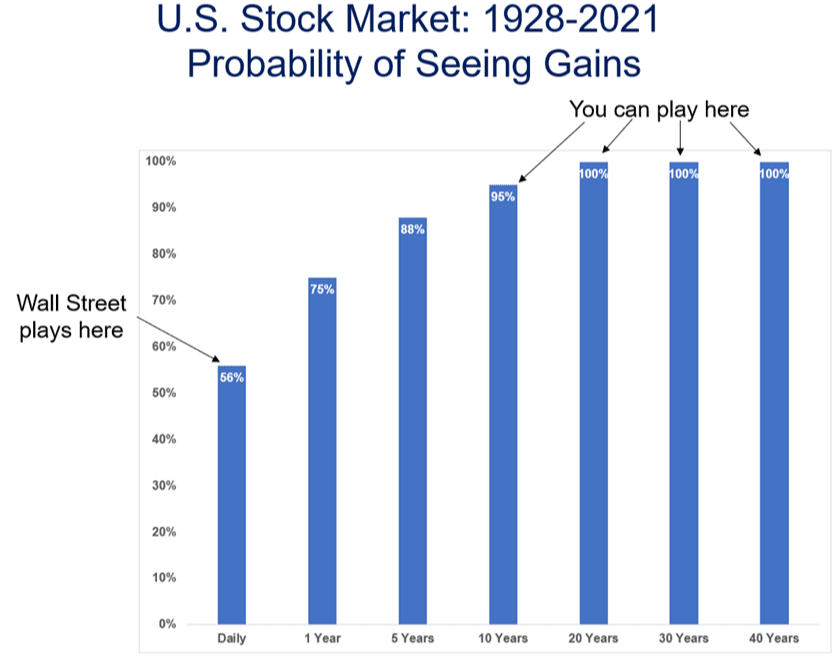 Looking backwards, it is easy to see that every major market decline was actually an opportunity, but when experienced in real time, it seemed the world was ending. We are all programmed with survival instincts that kick in under duress.

So how do we fight against our own worst impulses? A good start is to first understand a bit about market history. Look past today, this week, this month or even this year and really begin to play the long game. That really is the road map for success (by the way, that is the true value that a good advisor brings to the table – filling the role of your coach and ensuring that you stick to your plan when everything else around you seems to be just crazy – in either direction).

Finally, let me leave you with this thought courtesy of fund manager Terry Smith:

Question: What are the similarities between a forecaster and a one-eyed javelin thrower?

Answer: Neither is likely to be very accurate, but they are typically very good at keeping the attention of the audience.